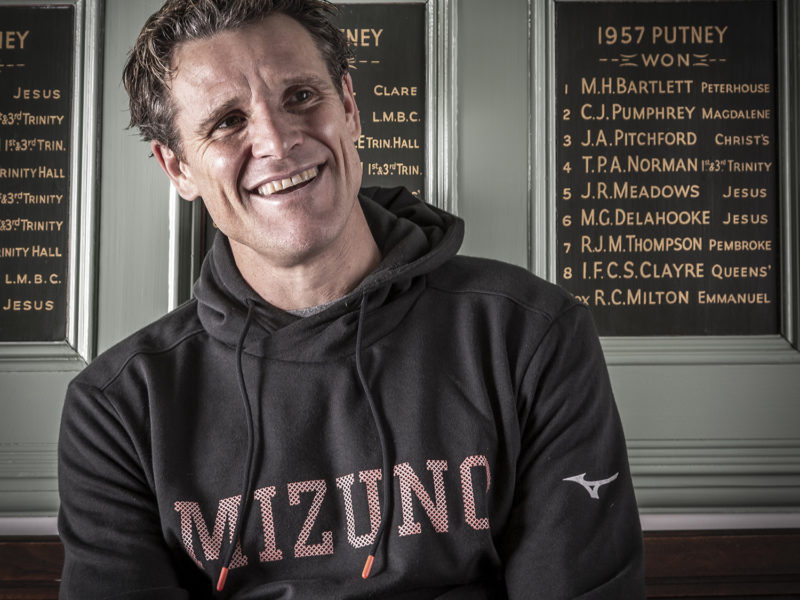 Former Olympic rower and gold medallist, James Cracknell returns to Bath this weekend, to take part in his fourth Bath Half Marathon, once again running for the brain injury association charity – Headway.

Cracknell says he has been lucky enough to run the Bath course three times before and thoroughly enjoys the experience:
“Taking in the centre of Bath twice, combined with the thousands of runners, makes the atmosphere at the Bath Half very special. The route, the support and the organisation are why so many people keep coming back. On top of that, I can think of a lot worse places than Bath to spend a weekend.”

After suffering a traumatic brain injury from a serious bike accident in 2010, that left him in a coma, Cracknell received support from Headway – the brain injury association and he has gone on to support them since and is running once again for the charity this year:

“I’m running for Headway. After I had the accident, the team there were fantastic and invaluable to me and my family, especially during my recovery. It is the UK’s leading national charity dedicated to promoting understanding of all aspects of brain injury. The team work nationally to provide support, services and information to brain injury survivors their families and carers. It is a wonderful charity for those that need support the most. Although as I’m also the charity’s Vice
President, I might be slightly biased.”

He is under no illusions how hard simply getting round might be on the day, but he has aspirations to get close, or even under the 80 minute mark.

“Having done a lot of wet dark runs on my own over the winter, running the Bath Half will be a reminder of what the training is for. So firstly, I want to just go and enjoy it. As for a time, I’d like to be near, or even under one hour and 20 minutes, but talk is cheap before I get to the start. That said, the heart and lungs are in pretty good form, the only drawback is that I still run like a caveman. I’ll give it a nudge on Sunday and see what happens.”

And when asked about the comparison between rowing and running, he couldn’t be drawn on what he prefers, claiming each has its benefits, as well as drawbacks:

“The benefit of running compared to rowing, is that you look where you’re going so there are less collisions. As much as wind is a pain in the butt when running, it’s worse when rowing. You can also watch TV on a treadmill, but not on an ergo. That said, at least you’re sitting down when you’re rowing, rather than carrying 95kg round the streets. One thing for sure though, for both running and rowing, every training session always seems that little bit too long!”

This website uses cookies to improve your experience while you navigate through the website. Out of these cookies, the cookies that are categorized as necessary are stored on your browser as they are essential for the working of basic functionalities of the website. We also use third-party cookies that help us analyze and understand how you use this website. These cookies will be stored in your browser only with your consent. You also have the option to opt-out of these cookies. But opting out of some of these cookies may have an effect on your browsing experience.
Necessary Always Enabled
Necessary cookies are absolutely essential for the website to function properly. This category only includes cookies that ensures basic functionalities and security features of the website. These cookies do not store any personal information.
Non-necessary
Any cookies that may not be particularly necessary for the website to function and is used specifically to collect user personal data via analytics, ads, other embedded contents are termed as non-necessary cookies. It is mandatory to procure user consent prior to running these cookies on your website.
SAVE & ACCEPT